He is the coordinator of this meeting on Tissue Engineering

Bruno has over 25 years of professional experience in biotechnologies. After beginning his career in biochemistry and technology transfer, he worked in the USA especially as a Research Associate and Analyst within a consulting firm based in Chicago, IL. Backed to France in 2001 for launching a biotech start-up incubator he then held various positions in Business, Sales&Marketing (Cellectis, Mauna Kea Technologies, Fluofarma) and management (President and CEO of Biospace Lab). As a seasoned executive Bruno created his own company, BLS consulting, in 2011 and accompanied more than fifteen biotech/medtech companies for business and corporate development in dermocosmetics, devices and preclinical research.

He set up Poietis in 2014 after a 2-years maturation period with his principal associate, and he is now in charge of all the business development aspects besides contributing essentially to the structuring of the company positioned as one of the leaders in bioprinting.

Nancy Claude, Ph.D., Doctor in Pharmacy from the Faculty of Paris Sud, is currently the Director of Non Clinical Drug Safety of Servier Group in Suresnes, France. In addition, she has some teaching responsibilities in masters and more than 112 publications and communications. Her research activities were oriented on in vitro models and more particularly in the prevention of hepatotoxicity and as such, interested in tissue engineering.

She is registered on the European list of accredited toxicologists in the section “experimental and regulatory toxicology”. 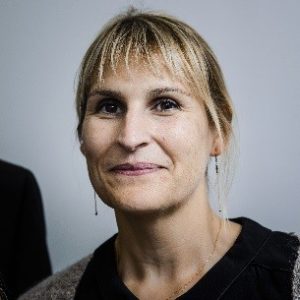 Sylvie Klieber holds a Ph.D. in Cellular Biology from the University of Montpellier in France. During her PhD she developed a model of long term culture of human hepatocytes. For over 15 years she has been working in Sanofi in the field of the in vitro ADME models (absorption, metabolism, DDI) supporting the optimization of discovery programs. Currently, she is leading the Enzymology and Metabolism Group in Montpellier mainly focusing on late stage discovery or issue-driven drug metabolism study, development drug metabolism, DDI and metabolite identification studies.

Her group has been working on several new approaches to develop more relevant in vitro hepatic models including Liverchip, spheroids or co-cultures.

Involved for several years in development and promotion of in vitro toxicology assays based on reconstructed human tissues.

After a PhD in neuroscience at the French National Institute of Health and Medical Research (INSERM) he held a temporary teaching position at the university of Tours (France). He joined L’Oréal R&I in 2000 at the Life Science Research Center where he was involved in development and implementation of computerized tools for alternative to animal approaches in toxicology (results database, expert systems).

In 2004 he was appointed to scientific communication on alternative methods to animal testing and tissue engineering.

In 2011 he joined EPISKIN, a subsidiary of L’Oréal, dedicated to development and production of reconstructed human epithelia. As Scientific Director, he has been involved in several development projects that led to the introduction of new models and methods to the market. He developed the EPISKIN Academy program to promote the dissemination of alternative methods through education and training and to relay EPISKIN commitments to 3Rs.

Involved for several years in biocompatibility of medical devices he is Chairman of the French AFNOR S92J commission and convenior of the WG8 skin irritation and sensitization of the ISO/TC194 for biocompatibility of medical devices. He is also L’Oreal R&I Research associate and member of the advisory council of the Indian Society for Alternatives to Animal Experiments (SAAE)

Any cookies that may not be particularly necessary for the website to function and is used specifically to collect user personal data via analytics, ads, other embedded contents are termed as non-necessary cookies. It is mandatory to procure user consent prior to running these cookies on your website.