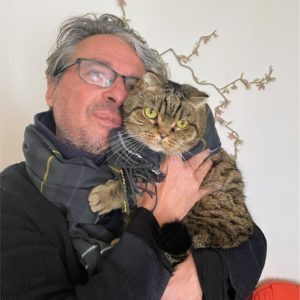 Sylvio is the Senior Scientific Director of Adebiotech and has coordinated the  program of the event. He will contribute as  moderator  of the Conference on behalf of Adebiotech. Sylvio has a PhD in cellular and molecular biology, a Master in Natural sciences  and is active in the promotion of ONE HEALTH programs pionneered in France by Adebiotech since 2007. He participated in and co-chaired the first « tissue engineering for industry conference » (TEFI) organized by Adebiotech (December 2019) and (supported by  his Cat Sir Isidore) is a strong supporter of the reduction of animal experimentation 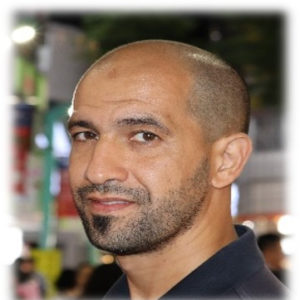 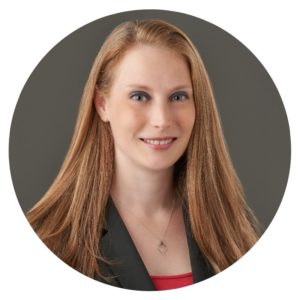 Dr. Amy Clippinger is the President of PETA Science Consortium International e.V. She received her doctorate in Cellular and Molecular Biology and Genetics in 2009 from Drexel University College of Medicine and was a postdoctoral fellow in the Cancer Biology Department at the University of Pennsylvania from 2009 to 2012. In 2012, Dr. Clippinger joined the Science Consortium where she collaborates with industry, academia, and regulatory agencies to advance robust non-animal toxicity testing approaches. She is a past member of the Scientific Advisory Committee on Alternative Toxicological Methods (SACATM) that advises the Interagency Coordinating Committee on the Validation of Alternative Methods (ICCVAM) and the National Toxicology Program Interagency Center for the Evaluation of Alternative Toxicological Methods (NICEATM). She is a member of the Society of Toxicology (SOT), recipient of the SOT 2022 Enhancement of Animal Welfare Award, and Past President of the SOT In Vitro and Alternative Methods Specialty Section. She is on the board of directors of the American Society for Cellular and Computational Toxicology, and is coauthor of more than 40 publications. 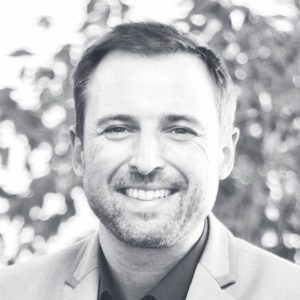 Dr. Samuel Constant is co-founder and CEO of Epithelix (http://www.epithelix.com) leader for in vitro assessment of drug efficacy and toxicity on human respiratory tract. Epithelix has developed unique 3D in vitro human airway tissues and testing services for studying airway pathologies like Asthma, Cystic Fibrosis and Chronic Obstructive Pulmonary Diseases, Bacterial and Viral infections. Samuel is in charge of global management and strategy the company.

Since 2006, Dr. Samuel Constant and his team have won 18 prizes for their scientific achievements, technological innovation, and business development. 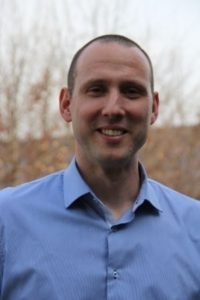 Peter Cornelis graduated from the Catholic University of Leuven (Belgium) in 2000 as a Master in Applied Biological Sciences (Major Biotechnology). In 2003 he started working for Toxikon Europe (Now Nelson Labs) as a study director Microbiology and in-vitro Toxicology. From 2007 until 2016, he was department supervisor for Microbiology and in-vitro Toxicology. Since 2016, he is responsible for research, validation, and development of new microbiological and in-vitro toxicological methods.

Peter is a member of the ISO committee TC 194 WG5, Cytotoxicity and WG 8, Irritation and sensitization. 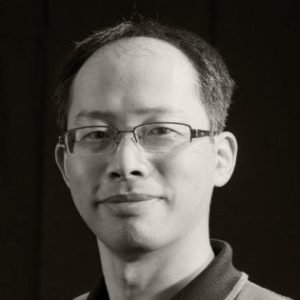 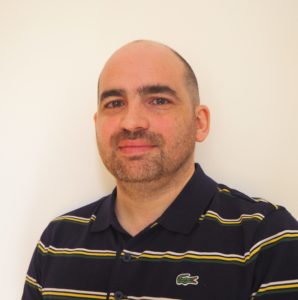 Yuri Dancik joined Certara UK, Ltd (Simcyp Division) as senior research scientist in 2020. His general professional interests are uncovering fundamental aspects of molecular transport across biological membranes and applying them to drug delivery. At Certara Simcyp he leads research and consultancy projects related to physiologically based pharmacokinetic (PBPK) modelling of non-oral drug transport relating to topical and transdermal drug delivery, in vitro – in vivo correlations and drug product virtual bioequivalence. Yuri obtained his Ph.D. from the State University of New York at Buffalo in Chemical and Biological Engineering in 2007. Following postdoctoral research at the University of Queensland (Brisbane, Australia) from 2007 to 2010, he worked at Procter & Gamble R&D in Brussels from 2010 to 2014 and at the Agency for Science, Technology and Research (A*STAR) in Singapore from 2014 to 2018. Prior to joining Certara’s Simcyp Division, he was a LE STUDIUM Research Fellow based at the University of Tours Department of Pharmaceutical Sciences. In these various positions he led computational and experimental research projects on the skin barrier function, evaluation of reconstructed human skin and synthetic skin surrogates, and studies of novel cosmetic products. For their 2018 research paper describing a novel skin-on-chip platform, Yuri and his colleagues at A*STAR were awared a Global 3Rs Award from the American Association for Accreditation of Laboratory Animal Care (AAALAC) International.

Organic Chemist, graduated from Orsay-Paris XI University in 1988 (nowadays Paris-Saclay), Christophe DINI initiated his carrier as medicinal chemist at Roussel Uclaf, then he successively became Laboratory Head, then Group Leader at Sanofi-Aventis. In parallel he was missioned as Project Leader in Anti-infective and Oncology for projects spanning from target identification to preclinical development.

Thereafter, in 2004, he co-founded Oroxcell, a CRO specialized in DMPK studies, along with developing its own portfolio of innovative therapeutics for of pain treatment. In 2015, while taking the lead of the company, he refocused Oroxcell activities towards In Vitro tests and more precisely by incorporating a suite of in chemico and 3D human epithelia-based model to support the ineluctable evolution towards alternative methods to animal use.

Today a fair number of these methods serve the regulatory safety assessment of substances issued from for pharma, cosmetic, medical device and chemical industries, and therefore endorsed in lieu of animal models.

Franziska Grein has a law degree from Humboldt-Universität zu Berlin, Germany, a master’s degree in French public law from Paris 2 Panthéon-Assas University, France, and a master of laws in transnational law from King’s College London, UK, with a focus on EU animal welfare regulation. She advises the Science Consortium on the replacement of animals in research and toxicity testing in France and is a member of the advisory board of the France Center of 3Rs (FC3R).

Thibault Honegger is the President, Chief Scientific Officer and co-founder of NETRI. He graduated from the Ecole Centrale of Nantes (France), and received his MS degree in Biotechnologies from Grenoble Alpes University and his PhD degree in Electrical Engineering from LTM (CNRS/ Grenoble Alpes University) on 3D electrokinetic handling of cancer cells and particles in laboratory on chip devices. He was a post-doctoral fellow at the Voldman lab at MIT for two years where he developed and investigated axonal guidance using contactless forces to design neural circuits. He then joined CNRS as a principal investigator in Grenoble to lead the microfluidics neuro-engineering team. In 2018, he co-founded NETRI. He co-authored 25 peer-reviewed research papers, 6 granted patents and 1 book chapter. He is a member of the editor board of IET NanoBioTechnologies. He founded and chairs the Neurofluidics conference: Neuroscience & Microfluidics. He co-founded Peerus in 2015, a web application for scientific paper monitoring, Linkio in 2015 and Smart Force Technologies in 2016.

For more than 15 years, the Watchfrog Laboratory has been helping you meet your « endocrine disruptor » challenges. Our mission is to provide you with figures to contribute to the evaluation of your ingredients, products, packaging, and water samples. More than a laboratory, we help you develop a tailor-made strategy according to your context in order to find the appropriate methods and protocols.

Dr. Gregory Lemkine is the director and founder of the Watchfrog Laboratory. Doctor in Physiology from the National Museum of Natural History, Gregory Lemkine also followed the Challenge+ cycle of HEC Management. 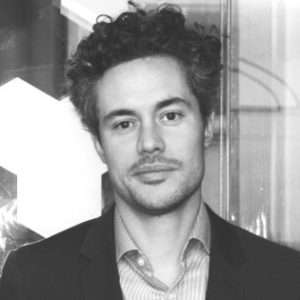 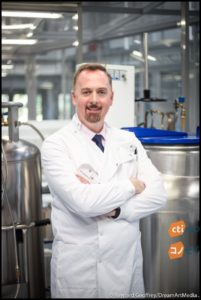 After finishing his PhD (DPhil) on leukaemia research in 1991 in Northern Ireland, Colin completed early research at St George’s Hospital Medical School (London) Dept of Haematology working on Chronic Anaemia’s & Stem Cell Disorders. In 1996 he became Senior Lecturer in Biomedical Sciences at Kingston University and Associate Professor in 2001. In 1999, he founded and became Director of the Stem Cell Therapy Laboratory specialising in Stem Cell Research and regenerative medicine. In 2004 he worked in Houston with NASA, Rice University and Univ. of Texas Hospitals in organ engineering.  In 2005 he was appointed the UK’s first Professor of Regenerative Medicine (Newcastle University), leading clinical research in adult stem cells through to patients. He strongly believes in international cooperation and collaboration working internationally and with industry. In 2008 he co-founded the Novus Sanguis charitable consortium for “Responsible Regenerative Medicine”, providing grant funding internationally in adult stem cells. In January 2009 he became the President of the Cell Therapy Research Institute, Lyon, France and CTIBIOTECH a different kind of biotechnology company. Professor McGuckin’s group were first in the world to characterise and produce embryonic-like stem cells from a non-embryonic source – Umbilical Cord Blood. (McGuckin et al, Cell Proliferation, 38, 245-255, 2005). They were also first to make an artificial liver and nervous, pancreatic and a range of other tissues from Umbilical Cord, Cord Blood, and Adipose related stem cells. Pr McGuckin is on the editorial board of international journals, international reviewer [Eg. European Commission}, and an advisor to several medical and science organisations. He has been invited to speak internationally, including European Parliament, Bundestag German Parliament, Austrian Parliament, French Senate, the Vatican, Rome, and the US Senate on Capitol Hill. His group are currently aiming to help cancer patients using advanced technologies. “We aim to bring new therapies to all sections of the world’s community without geoeconomical boundaries and support projects in the third world”. “We believe strongly that new treatments have to be made available to the whole planet, not just to limited countries”. CTIBIOTECH creates “close-to-patient” tissue models of human disease with advanced technologies like 3DBioprinting allowing for the next generation of personalised medicine. CTIBIOTECH works with both the public and private health system globally. CTI has created the world’s most advanced full-tumour models and also created the worlds first ethical babyskin testing system. 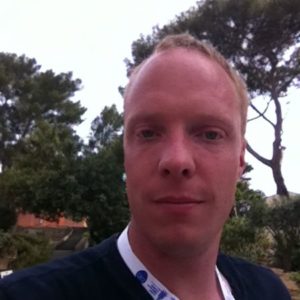 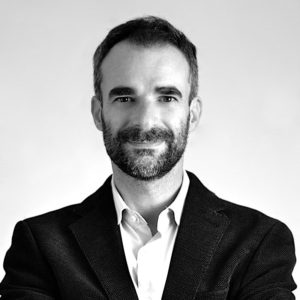